Southern tradition in the United States dictates that the first thing you should eat just after midnight on New Year's Eve or on New Year's Day be black eyed peas for a luck and prosperity in the year ahead. Modern lore has evolved to include additional ingredients such as greens, tomatoes, and cornbread. The black eyed peas which swell as they are cooked represent prosperity. Superstitious Southerners eat 365 black eyed peas for each day of the year. The greens, traditionally collards, mustard, turnip, or cabbage, represent money, and the cornbread represents gold. The combination of the black eyed peas with stewed tomatoes is supposed to bring wealth and health.

Historically, the tradition of eating black eyed peas on the New Year dates back to the ancient Hebrews. American Southern tradition dates back to the time of the Civil War. Large fields of black eyed peas were oringinally planted to provide feed for livestock, and later on as a staple for the slaves. During the war, General William T. Sherman's troops destroyed or stole most of the crops, but ignored the fields planted with the beans as they were considered only fit only for animals. The nutrient rich legumes served as an excellent food source for the surviving Confederates.

The first time that I was given black eyed peas on the New Year was when I was about 15 years old. My family was hosting a party and a friend of ours came with a bag filled with goodies to share for the New Year. Just after the stroke of midnight, she served the beans to all of our guests in small cups with utensils to eat them with. Ever since, I have upheld this tradition. Black eyed peas are nourishing and tasty, and lets face it, any bit of luck can't hurt.

I hope that this satisfying salad incorporating the ingredients of Southern folklore will bring you luck and prosperity in the New Year. It is certainly healthy and should not be limited to enjoying at the onset of a New Year. 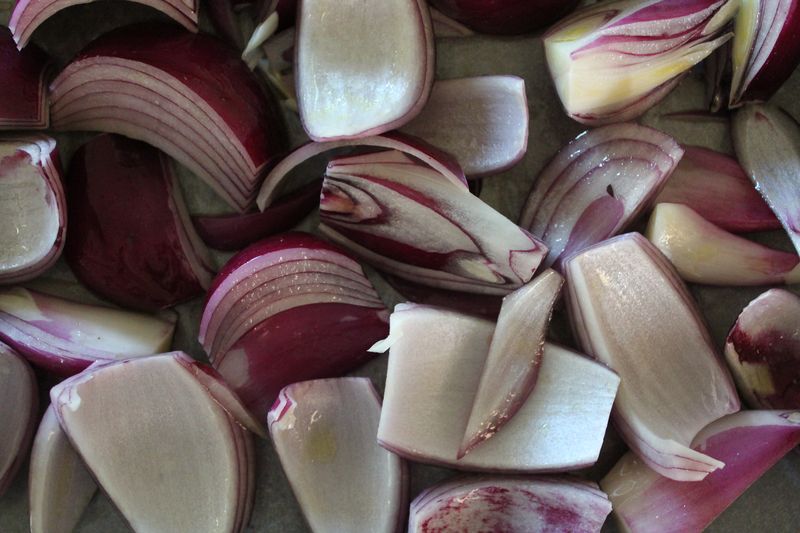 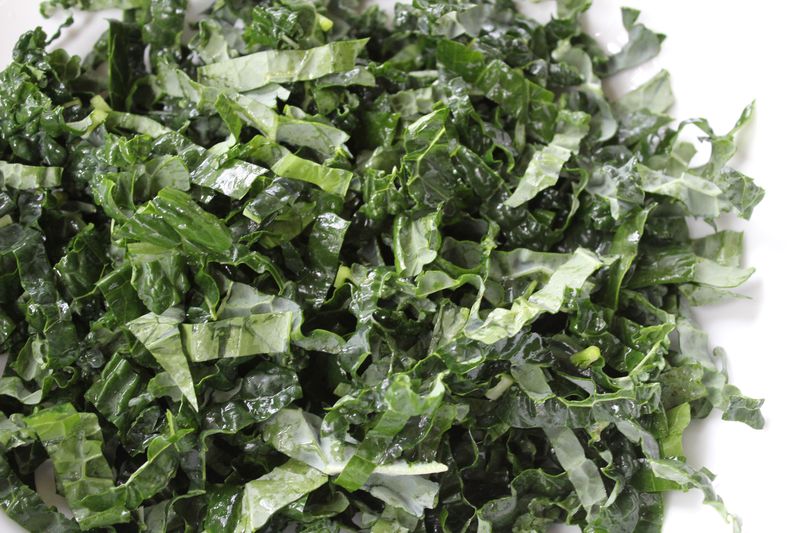 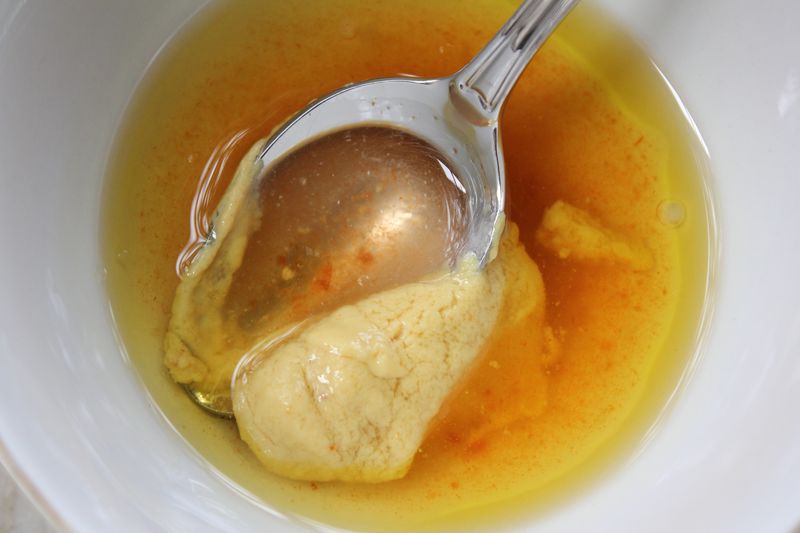 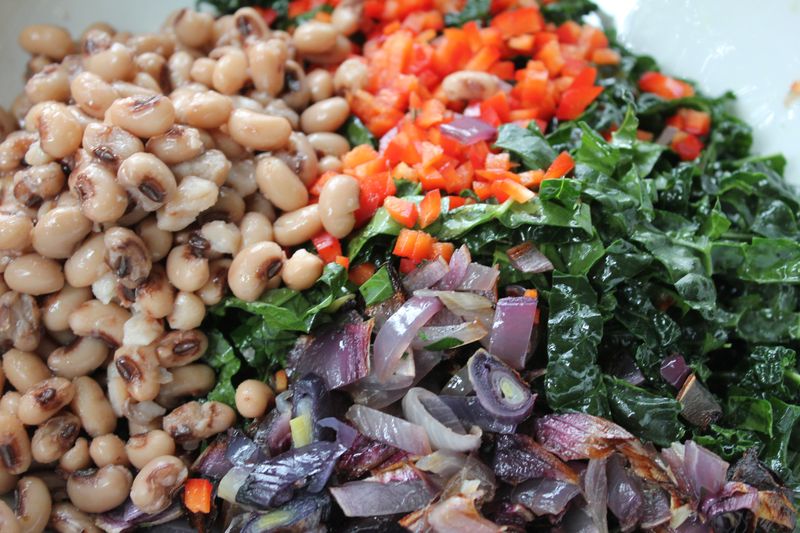 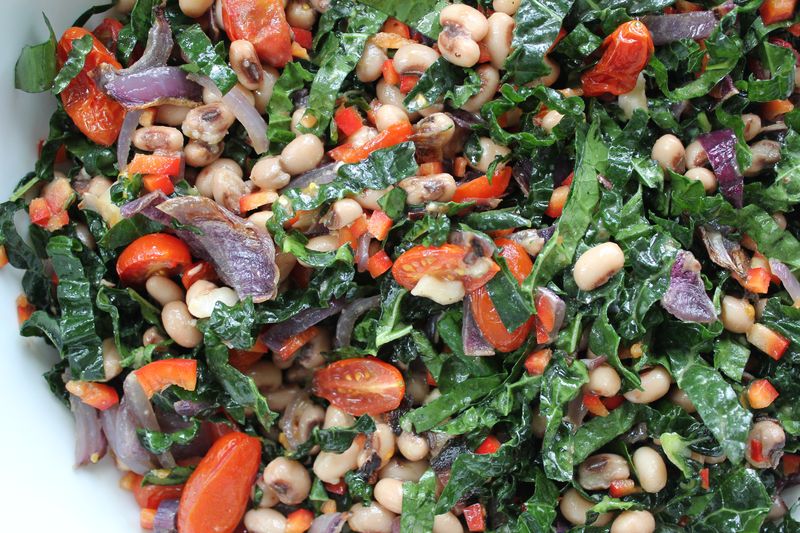 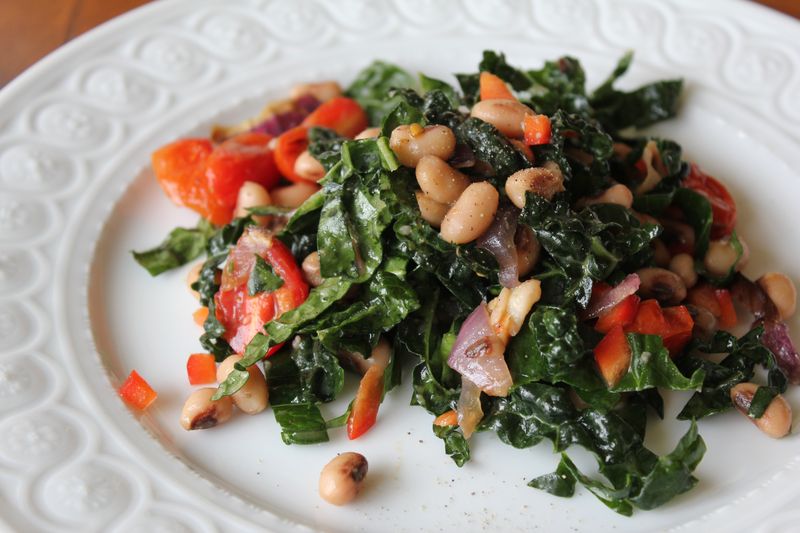