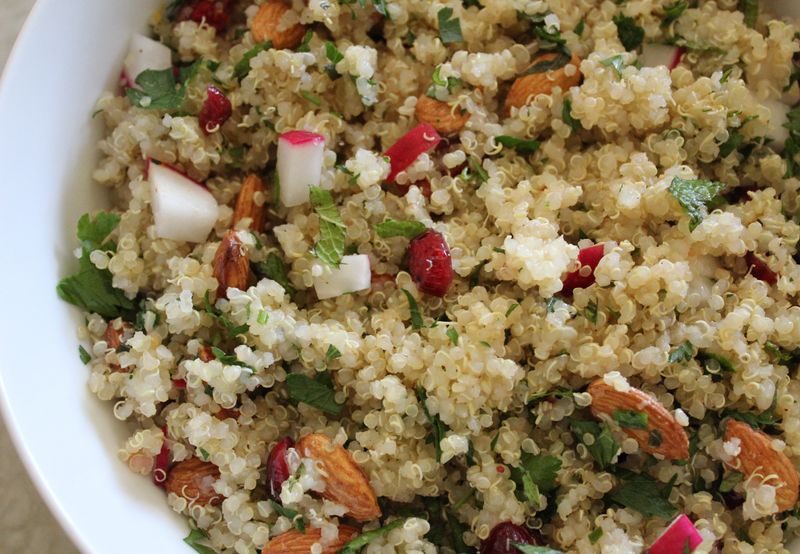 The popularity of quinoa seems to only be growing. The little Incan grains are hot on the food trend list for both the health minded as well as the food hobbyists. Being a complete source of amino acids, dietary fiber, and good flavor, it is no wonder that the use of it is rising in popularity. A friend of mine brought a salad similar to this to a dinner party using pearled barley. I loved it so much that I requested her recipe so I could share it with you. Pearled barley is a delicious grain, but much like white rice, it is processed to remove the most beneficial nutrients. It also contains gluten. Preparing this simple salad with quinoa makes it gluten-free and is loaded with a basketful of often overlooked vegetables.

I have mentioned the health benefits of using herbs before. Soft herbs, in particular, are loaded with nutrients. Although we use them in lesser quantities, they offer many of the same benefits as the big leafy greens that are so good for us. Parsley is often thought of as the most ordinary of the lot, but probably packs in the greatest source of nutrients. It is rich in antioxidants, folate, calcium, iron, and an array of vitamins highlighted by a strong showing of  vitamins A, C, K, and B vitamins. Mint is best known for its ability to aid in digestion and soothe an upset stomach, but it is also loaded with Vitamin C and beta carotene. It has potential as a cancer fighting food as it contains a phytonutrient called perillyl alcohol (also in cherries) which has has been shown to stall the growth of pancreatic, liver, colon, and mammary tumors in labs.

Almonds give this salad an increased boost of protein as well as dietary fiber, calcium, magnesium, and antioxidants. And don't forget about the radish. These liver loving roots eaten raw are extremely high in vitamin C, are a good source of calcium, and aid in digestion. 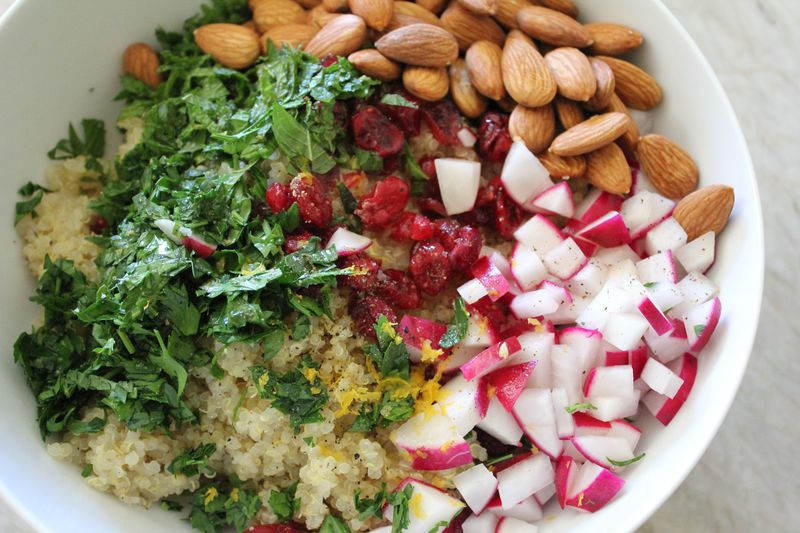 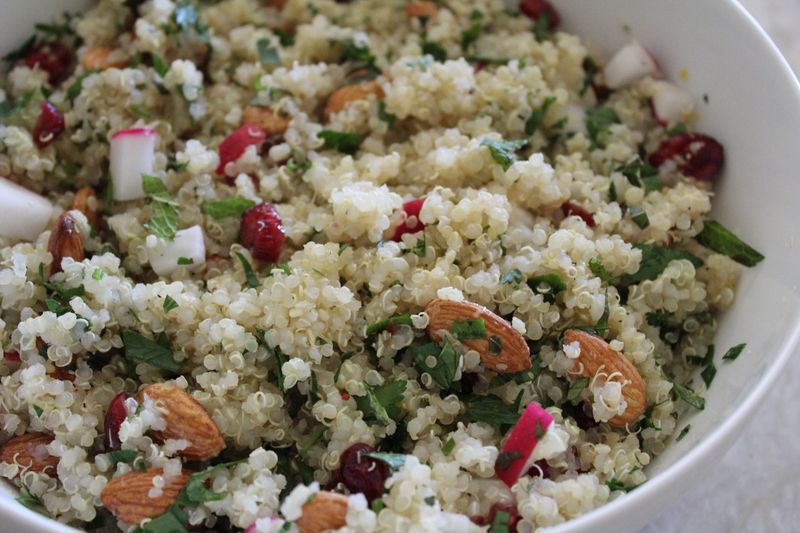