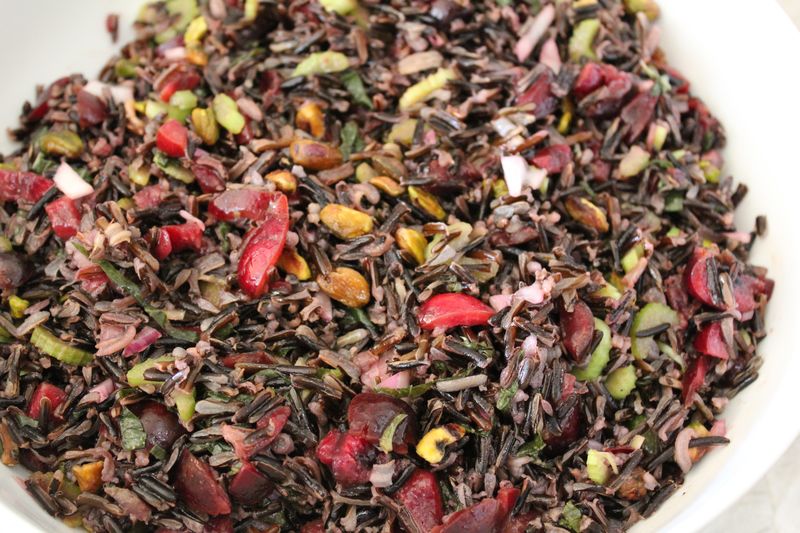 I have always has a strong association with wild rice being a autumnal food. It has a earthy character and nutty flavor that holds up well with the hearty dishes we enjoy during that time of year. Yet it has a firm texture that lends itself so well to using in salads. Such salads certainly should not be limited to those that can be enjoyed in stuffing or served with game or fowl during the colder months of the year as wild rice can be a great choice to use for lighter meals.

I was having friends come for dinner last weekend and was aiming to prepare a simple no fuss feast. With the intention of keeping preparation, cooking, and clean up to a minimum my plan was to take care of the marinades and vegetables and have my husband man the grill. A couple of hours before my guests arrived with everything ready to be cooked, I got an itch to make an additional dish. I wanted something to round out the meal nicely and decided on using wild rice to make a fresh salad to go with dinner. I tried to make do with what I had in the house and came up with a fresh summery selection of goodies to mix in with the rice. It turned out better than I had hoped and is definitely worth trying before cherries go out of season.

An aquatic grass that was considered to be a sacred component of the Native American culture, economy, and diet, wild rice is not actually a rice. The Native Americans harvested it by canoe knocking the plant stems to release the seeds ("rice grains") into the canoe. They called this rice "good berry" and many places including Illinois, Indiana, Manitoba, Michigan, Minnesota, Ontario, Saskatchewan and Wisconsin were named after this plant as well as many lakes and streams that bear the name "rice" or "wild rice".

Cherries also deserve a nod for nutrition as they are an excellent source of vitamin C, as well as being a potent antioxidant and anti inflammatory. They also have shown potential as a cancer fighting food as they contain a phytonutrient called perillyl alcohol (also in fresh mint) which has has been shown to stall the growth of pancreatic, liver, colon, and mammary tumors in labs. 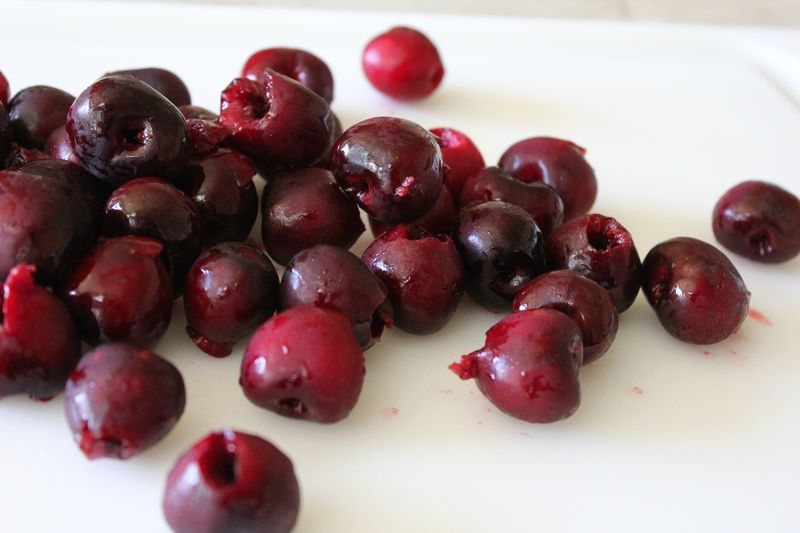 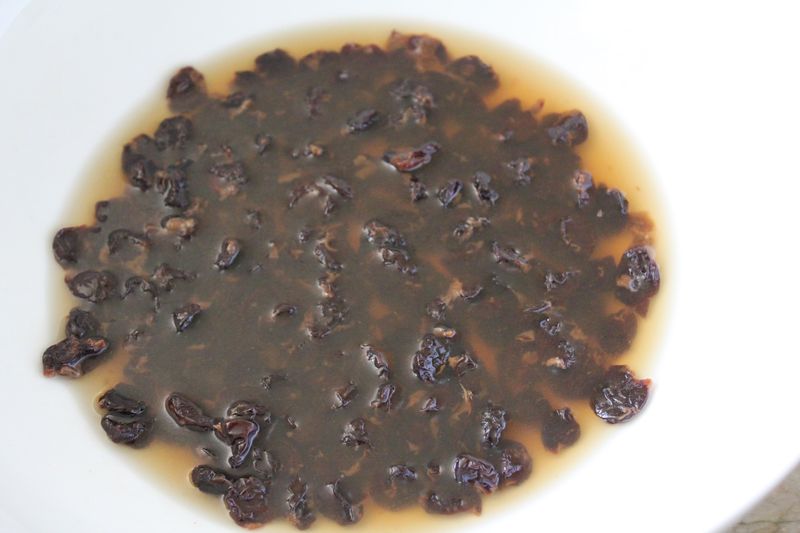