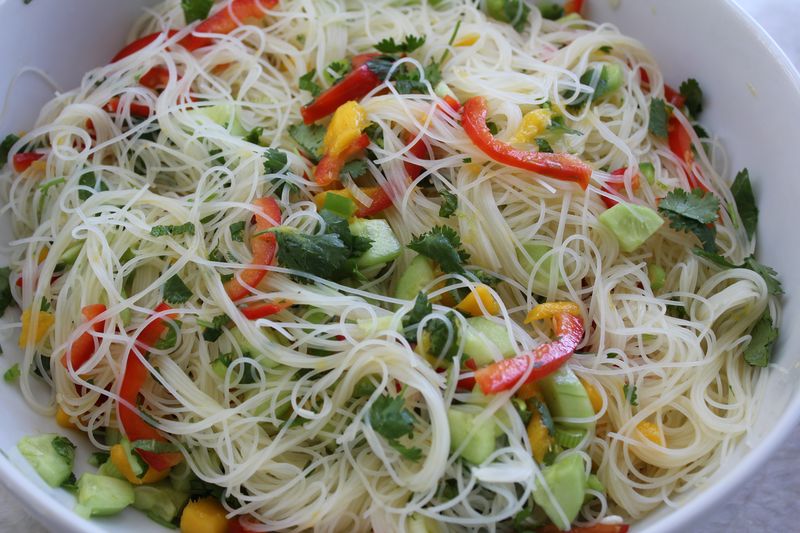 Sunomono (pronounced SOO-noh-moh-noh) is the Japanese word for "vinegared things". A Sunomono salad generally refers to raw vegetables marinated or pickled in rice vinegar (su), but may also include seafood, meat, or poultry. The most common sort of Sunomono salad is one made simply with cucumbers and bay shrimp often served in Japanese restaurants. I have always loved how this little salad is so refreshing, crisp, and tangy. With this recipe, I have added rice noodles, additional vegetables, fresh soft herbs, and mango to stretch the flavors into a more substantial meal or side dish.

The fresh mint and cilantro add an extra punch of nutrition to this dish. Herbs are used to add life, flavor, and embellish to so many dishes, but the health benefits they posses often go unrecognized. Mint is best known for its ability to aid in digestion and soothe an upset stomach, but it is also loaded with Vitamin C and beta carotene. It has potential as a cancer fighting food as it contains a phytonutrient called perillyl alcohol (also in cherries) which has has been shown to stall the growth of pancreatic, liver, colon, and mammary tumors in labs. Cilantro is also helpful to the digestive system as it has oils that stimulate the production of digestive enzymes, as well for helping to relieve feelings of nausea. It is effectively used as a natural cleansing agent to help remove heavy metals from the body. Cilantro has chemical compounds that bind to heavy metals in tissues and organs, and these compounds help to transport them out through elimination. Additionally, cilantro has both anti inflammatory and anti bacterial benefits.

Served cold, this is a great salad to enjoy during the summer months. It would be perfect served on a bed or in a cup of butter lettuce leaves with sliced avocado and topped with a sprinkling of toasted sesame seeds. 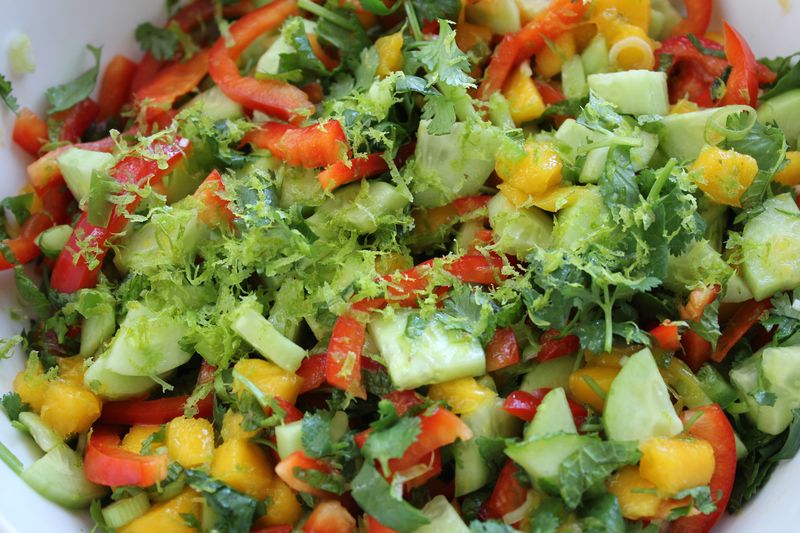