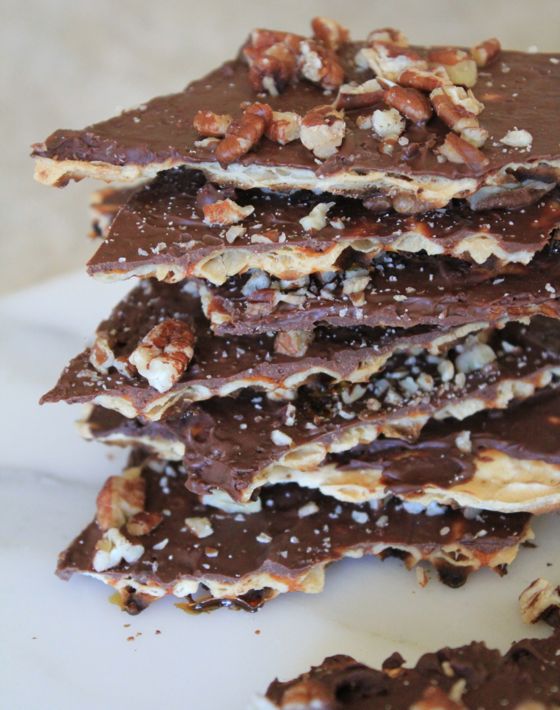 Matzo toffee bark is one of those traditional Passover desserts that is always so much more delicious than you expect it to be. The crisp texture of matzo lends itself so well to the layers of caramelized sugar and dark chocolate creating a wonderful treat for any time of the year.Most recipes for matzo bark are technically dairy free for the sake of keeping them kosher, but they call for large quantities of margarine and brown sugar. I started off on this particular version by attempting to use coconut oil in lieu of margarine and coconut palm sugar in lieu of the brown sugar, both in lesser quantities. I cooked the oil and sugar together as I would in any sort of caramelization process only to find that the longer it cooked and the hotter the sugar became, the more the ingredients completely separated as if they were oil and water. After a couple of attempts and a blistered fingertip from tapping the molten sugar--NEVER ever touch hot sugar, I came up with something that worked out quite well.

Regardless of the fact of learning that coconut oil does not emulsify with sugars of any sort, I was still able to make it work by mixing a very small amount of it with the caramelized sugar as I drizzled it over the matzos. In the future, I will go back to using a non hydrogenated butter such as Earth Balance. It just works out better. With this recipe, you will be using considerably less fat and sugar than most matzo toffees (My original recipe called for more than twice the amount of either ingredient). The end result will be insanely delicious and no one will think you have reduced anything. (See note below)

This recipe also works great using graham crackers in place of the matzo.

**ps.  I gave the recipe another try with margarine while preparing my passover meal, and hated the result so much that I made it again. The flavor of margarine is just something I do not care for. The good news is that it forced me to figure out how to get the sugar and cocnut oil to blend. This recipe has been further modified as a result so you can enjoy the absolute best flavor possible. 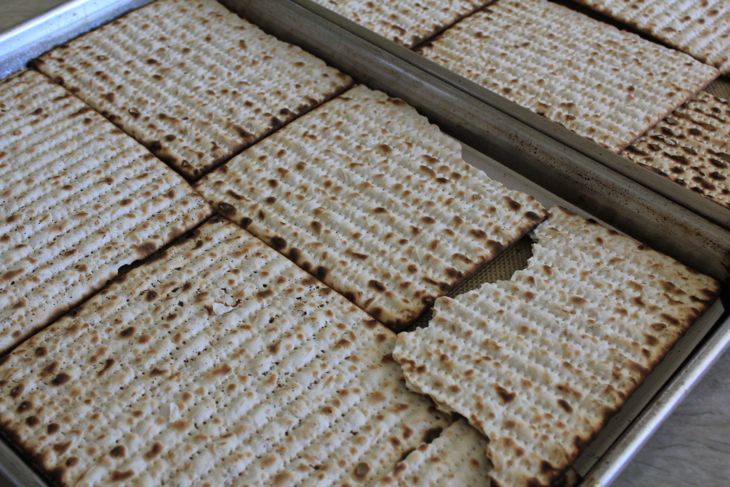 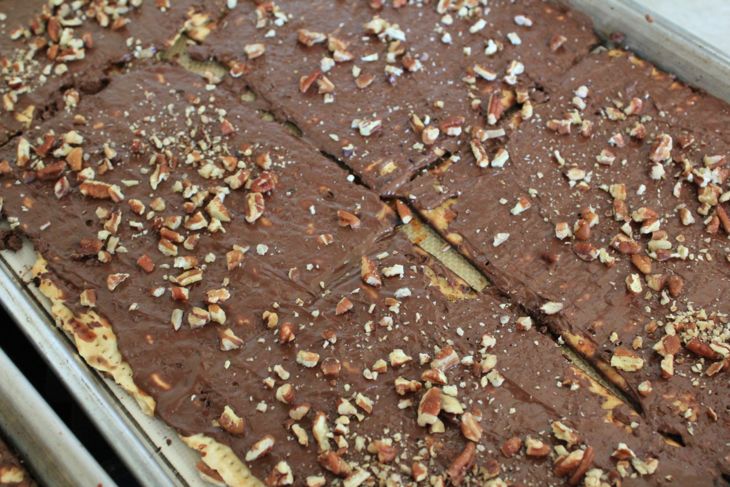