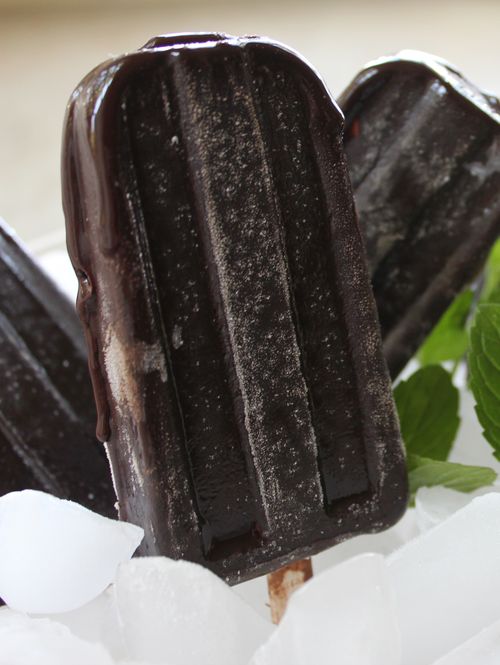 In my former life working in restaurant kitchens, I made a sinfully rich chocolate sorbet that was a favorite on my dessert menus. This summer while I was obsessing over things to make into popsicles, I thought that my chocolate sorbet base would make an excellent candidate for the molds. My recipe was scaled for large production and with the summer heat peaking, I was just too lazy to scale it down. I turned to the recipes of David Leibovitz for a recipe that would be satisfactory to me. The ingredients he used were identical to that of my own recipe, and there was a comfort level in knowing that his recipes consistently work out pretty well. I was actually hoping that his recipe would be slightly less chocolaty than mine, but as luck would have it, it was spot on. Making it into popsicles worked out as I had hoped, but be warned that this is no fudgsicle. It is a serious dark chocolate lover's delight. 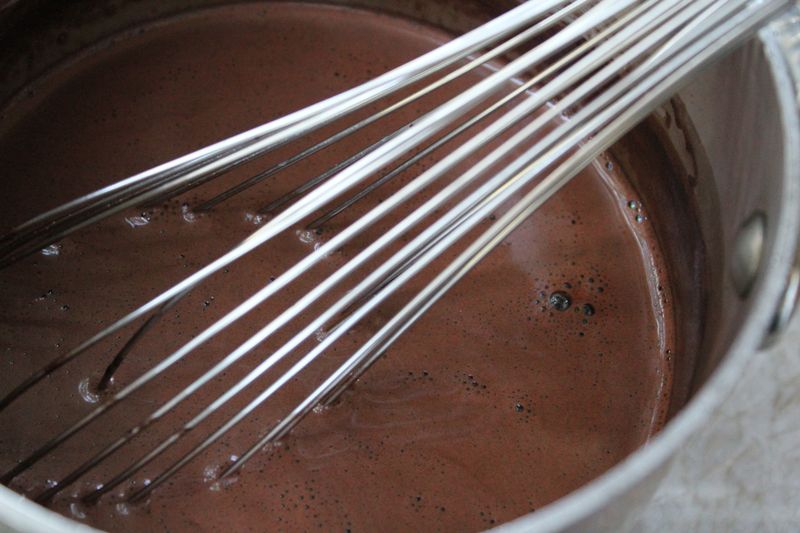 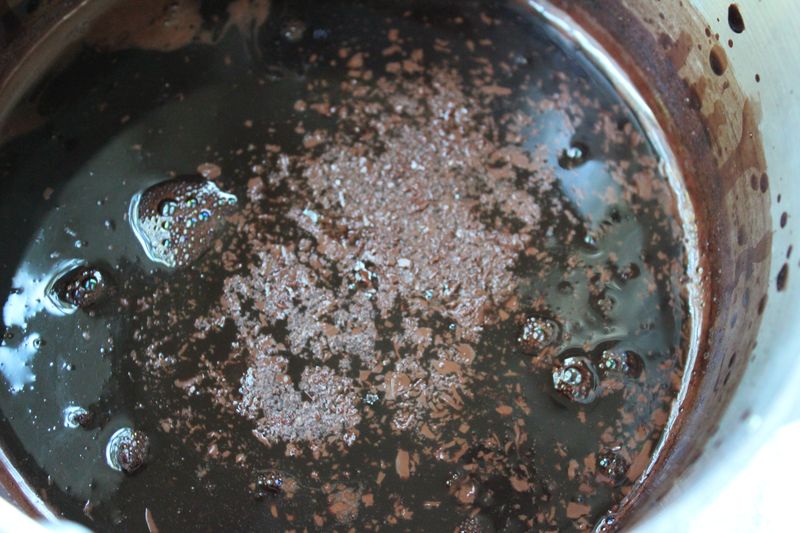 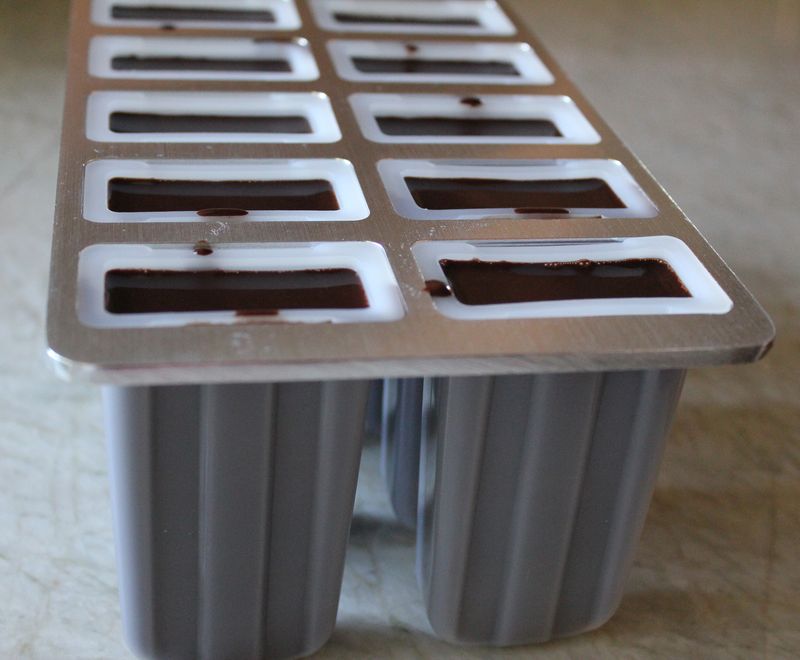 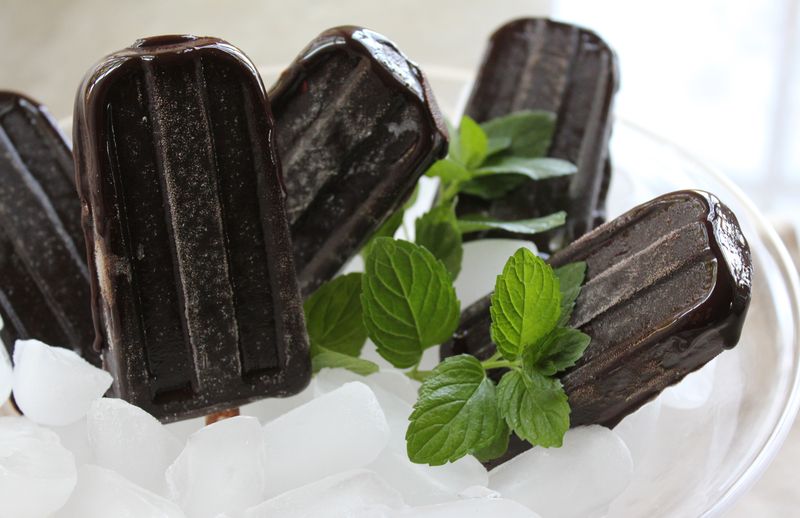