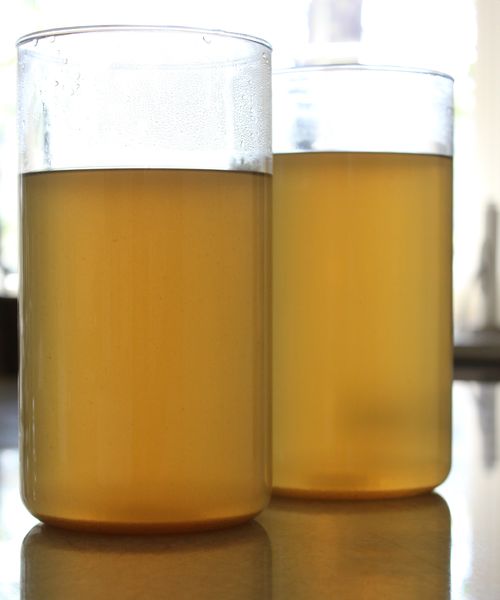 Among the many things I learned when I began my vegan diet was that store bought vegetable broth is not very good.I have always used store bought chicken broth to make rice, soups, and other grains to give them the flavor that water alone cannot provide. Unfortunately, the vegetable stocks that I tried all left a flavor that was not to my liking. There a some vegetable bouillon cubes that work well in a pinch such as Edward & Sons Not-Chick'n or Veggie and I do use them. But unlike meat based stocks, vegetable stock is easy to make and very clean.  No greasy bones and messy clean up, and it smells good too.

I have found that making the stock is also a good way to use up the veggies left in the refrigerator every sunday morning.  I just hack them up a bit and put them in a stockpot filled with purified water.   If you want to increase the nutrients in the soup, add a piece of Kombu seaweed to the pot.

I have been using the stock to make brown rice, quinoa, veggie soups of all sorts, polenta, and for an occasional cup on it's own.  I use about 4-6 quarts of stock a week for my cooking needs, and need to make a pot a week.  For those of you who don't cook so much, freeze half of it to have on hand for when you need it.

Initially, I did not use Yams or Kombu in the stock.  This final adaptation is loosely adapted from the recipe for Magic Mineral Broth from the cookbook, The Cancer-Fighting Kitchen by Rebecca Katz. 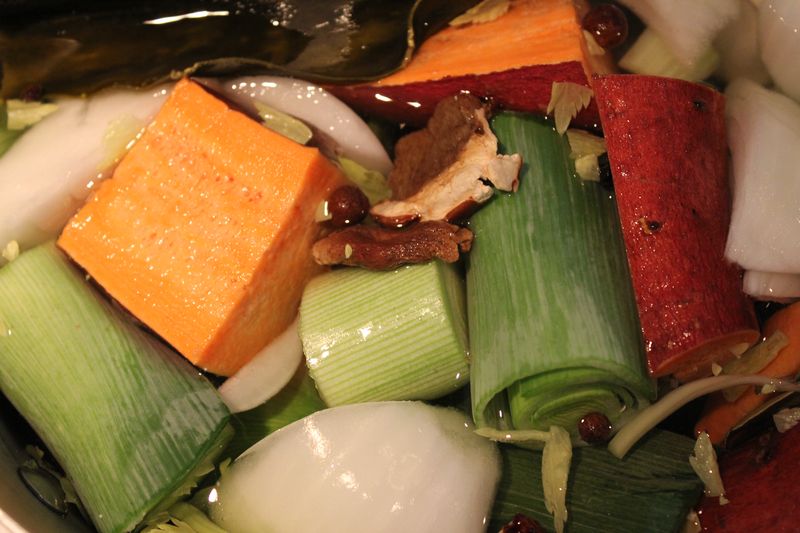